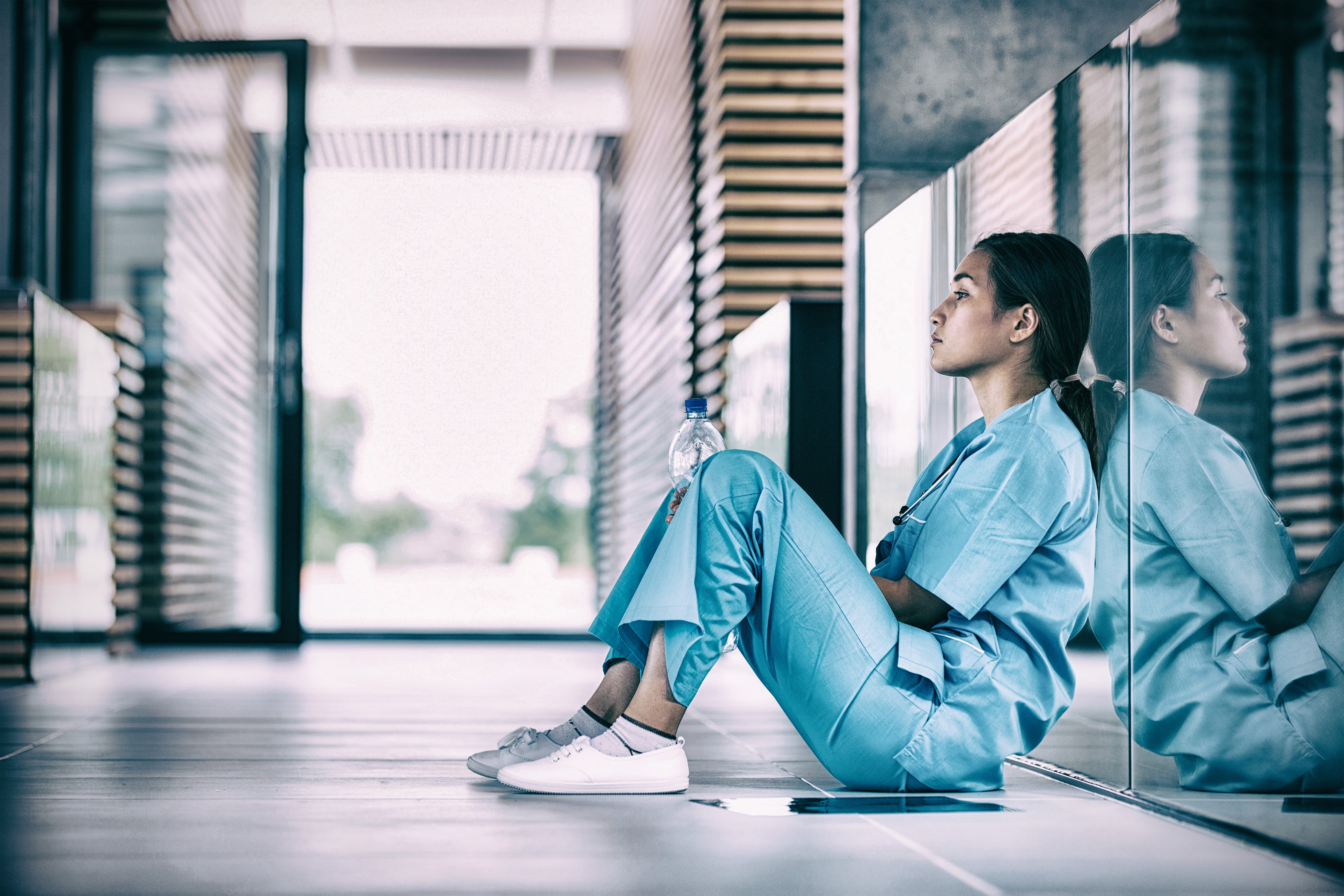 Modern life is hectic. We live in an increasingly ‘switched on’ digital world where periods of true respite from work are rare. Many people regularly work for lengthy periods and this is particularly the case for health professionals working in frontline healthcare services. In the healthcare context, working hours and demands are typically high, shifts routinely exceed the 8 hours of a ‘normal’ working day, and work demands can be relentless in nature. If a continuous series of patients require urgent care, health professionals are obligated to provide it, regardless of how busy they have been, or how long they have been working. As a result of these high demands, missed breaks are extremely common in healthcare settings – for example, it is reported that  1 in 10 nurses never take a proper break and 1 in 3 rarely or never take meal breaks during shifts.

Missed breaks have a range of negative consequences – from the practical discomfort of being unable to go to the toilet and the lack of opportunity to eat healthily to the feelings of demoralisation and dissatisfaction and cognitive changes that lengthy work periods with inadequate breaks can produce.

The cognitive changes that occur when working for lengthy periods without a break are one of the key arguments in support of regular breaks. We are all familiar with the experience of feeling tired and drained at the end of a long working day, struggling to make decisions or unable to concentrate on the task in front of us. This drop in cognitive performance is entirely natural, and reflects the fact that human cognition is simply not designed to focus continuously on the same task for long periods of time. In fact, in cognitive terms, fatigue is an adaptive signal – a sign that we have spent too long ‘on task’ and need to take a break before mistakes start to be made.

More than a century ago, the negative effects of working continuously without a break were clear.  In one of the most heroic examples, Tsuro Arai, the first Japanese woman ever to earn a PhD, forced herself to complete a work task that required concentration (solving complex multiplication problems) continuously for 12-hours over several consecutive days without rest. Unsurprisingly, as time on task increased, her performance became slower and less accurate; demonstrating empirically for the first time that optimal cognitive performance cannot be maintained over 12 hour periods without a break. Despite this, modern healthcare workers often spend this kind of period working without adequate rest breaks. A landmark study of  around 400 nurses over more than 5,000 shifts showed that in line with Arai’s experiment, nurses who worked more than 12 hours at a time (around 40% of sampled shifts) made significantly more errors.

In addition to errors related to slips of attention and memory, there is a growing body of evidence suggesting that decision making changes predictably over lengthy periods of work -a phenomenon referred to as ‘decision fatigue’. As people make more and more consecutive decisions without a break, they start to progressively shift towards decisions that are in some way cognitively easier (e.g., going along with the default option, passing a decision on to someone else, or using rules of thumb or shortcuts). In healthcare, we see clear evidence of this over working shifts. For example, GPs are more likely to prescribe unnecessary antibiotics towards the end of clinics and nurses become progressively more likely to refer patients on to other healthcare professionals as time since last break increases. The last example raises a key point. Cognitively, it is not the overall amount of work that is the problem –it is the amount of work completed without a break. In other words, it is the timing and presence (or absence) of breaks within the work period, rather than overall workload which is critical in maintaining optimal cognitive functioning over time.

Ensuring that healthcare staff take rest breaks in a busy health service is of course easier said than done. But here, the evidence is clear: any break is better than none and regular breaks should be considered an essential and non-negotiable part of the working day. Even when there is no time to take a proper break, the evidence suggests that taking a couple of minutes to step away from your task, stretch and breathe deeply is beneficial. ‘Microbreaks’, breaks of a few minutes’ duration, appear to be enough during demanding activities to mitigate some of the negative effects of long periods of unbroken work. Studies show for example that surgeons who take regular, brief microbreaks during operations (of 90 seconds to 5 minutes) report; better physical and mental performance, reduced stress, and fewer intraoperative events. Importantly, the operations which included these microbreaks took no longer than standard operations, suggesting that the breaks ‘pay for themselves’ by counteracting normal reductions in speed and efficiency over time.

In short, breaks are an essential part of the working day for healthcare (and other!) workers.